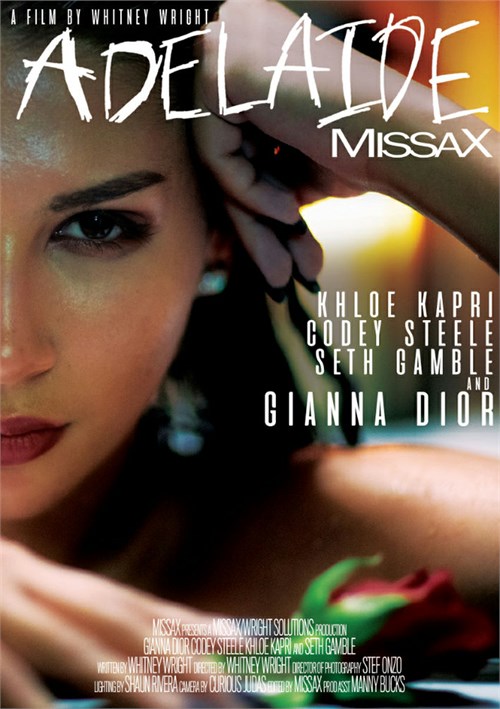 Title: Adelaide
Year: 2019
Starring: Gianna Dior, Khloe Kapri, Seth Gamble, Codey Steele
Director: Whitney Wright
Synopsis: Adelaide has a cold, sharp, cool demeanor, and it's difficult for even a talented psychiatrist, like Dr. Roman, to figure her out. She's spun her web and Dr. Roman walked right into it. Can he resist her seduction? Can anyone? - Via AdultEmpire.com
Lilith's Notes: It’s written and directed by Whitney Wright and was nominated for Best Feature Production for the 2020 Nightmoves Awards

Dr. Roman is a psychiatrist with a seemingly happy marriage and a thriving practice. Enter Adelaide, a troubled young woman who enjoys leaning into scandalous talk and over-sharing.
Have you ever experienced that feeling when you know you should like something more than you do? That’s Adelaide, for me, anyway.

Adelaide discovers a secret about Dr. Roman’s wife and seduces her. The two fuck on a couch and Dr. Roman walks in to see them nude. Holly tries to apologize and Adelaide gets dressed and casually leaves the scene.

What follows is the best scene of the film. Holly and Adelaide both draw baths for themselves and the shots switch back and forth between the two women. Adelaide enjoys a good sexy soak while Holly grabs a bottle of pills.

Dr. Roman goes to Adelaide’s home and sees a shrine to her own insanity and fixation of him on her wall. They fuck. What’s nice about this scene is that it’s more tender than the previous sex scenes. He gave in and he was all she wanted. He calmed her wild streak.

There’s an orchestral score that plays during the film and it’s really nice. It’s elegant but at times ominous and intense. It sets the mood for the whole thing really well, especially during the aforementioned bath scene.

But, this movie is a valley of set ups with no pay off. The movie established Adelaide’s father was gone, so I honestly expected a twist where Dr. Roman turned out to be Adelaide’s father and that she knew that. But it never happened. I was set up for something that never had any pay off and I’m left unsatisfied. If this were a mainstream film I would suspect that this was an issue of studio interference. It’s just full of these dangling threads.

This had potential. If I was here purely for physical want and a desire to simply get off, then this is probably fine but I can see what this could have been and it just falls short. It looks good, it sounds great, and that one bathtub montage was inspired, but I just wanted more.

Worst Moment: Holly and Dr. Roman don’t interact since the scene were he finds her fucking Adelaide. That plotline isn’t fully resolved.